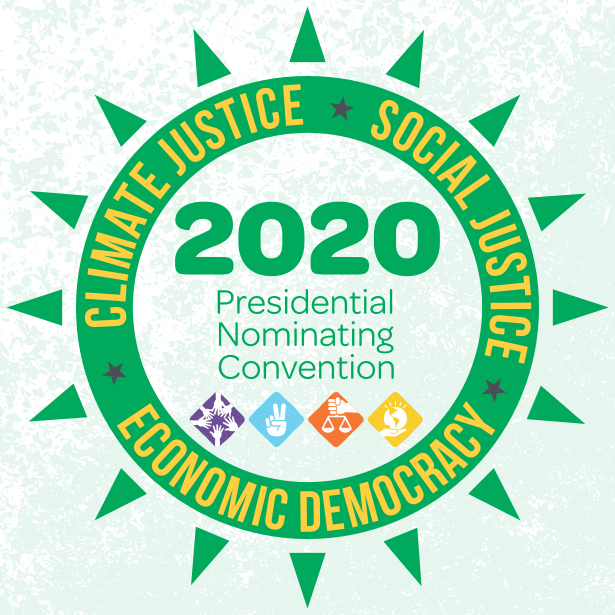 Please click on the logo above for more information.

We are grassroots activists, environmentalists, advocates for social justice, nonviolent resisters and regular citizens who’ve had enough of corporate-dominated politics. Government must be part of the solution, but when it’s controlled by the 1%, it’s part of the problem. The longer we wait for change, the harder it gets. Don’t stay home on election day. Vote Green.

A check or PayPal payment of $25.00 = one year South Carolina Green Party dues and supports independent politics in South Carolina.

If you prefer to pay by check, sent $25 to the South Carolina Green Party mailbox:

Once your membership is processed, you will be encouraged to join the membership discussion forum and participating local groups.

The South Carolina Green Party is a state affiliate of the Green Party of the United States and became a recognized party in the state in 2002. Today, we have two elected officials, Eugene Platt, who serves on the James Island Public Service District and Mike Stewart who serves on the Greenville County Soil & Water Conservation District Commission.

In 2010, Tom Clements, a Columbia nuclear policy expert working for Friends of the Earth, ran as the SC Green Party nominee for U.S. Senate against Republican Jim DeMint and Democrat Alvin Greene.  Clements was endorsed by the Rock Hill Herald, the National Sierra Club and by the Columbia Central Labor Council, AFL-CIO among others.  After a vigorous statewide campaign, Clements obtained 121,472 votes, 9.22% of the total.

South Carolina is regarded as a politically conservative state, but it is also far more diverse and progressive than generally believed.

If you wish to support the South Carolina Green Party, please donate, and join the party.